Following is the simple example for your better understanding of Active-Active Architecture. 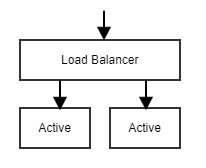 You may have some question how to assign job at Load Balancer above. There will be following different approaches

This approach is super simple, but little bit wasting resources, so I usually don't like. By the way, Active-Stand-by is commonly used to build DR(Disaster Recovery) Center.

When you see, there are two different entities - one for Active, and the other for Stand-by. Stand-by means it does not work at all as long as Active has no problem. 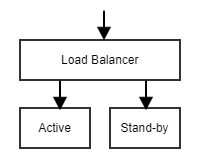