SAML(Security Assertion Markup Language) allows security credentials to be shared by multiple computers across a network.  It describes a framework that allows one computer to perform some security functions on behalf of one or more other computers (Authentication, Authorization)

The Security Assertion Markup Language (SAML), is an open standard that allows security credentials to be shared by multiple computers across a network. It describes a framework that allows one computer to perform some security functions on behalf of one or more other computers:

Strictly speaking, SAML refers to the XML variant language used to encode all this information, but the term can also cover various protocol messages and profiles that make up part of the standard.

What is a SAML provider?

An identity provider is the entity within the system that makes sure the user really is who they claim to be — it provides authentication. It may also determine what services, if any, that user is authorized to access across various entities in the system. There are various implementations that can provide authentication services in line with the SAML standard — Salesforce can serve this role, for instance, and so can LDAP, RADIUS, or ActiveDirectory.

What is a SAML assertion?

A SAML assertion is the XML document by which all the information we've been discussing is transmitted from one computer to another. Once an identity provider has determined that you are who you say you are and have the right to access the content or services you're interested in, it sends a SAML assertion to the server that actually can actually provide those services to you. A SAML assertion may be encrypted for increased security. 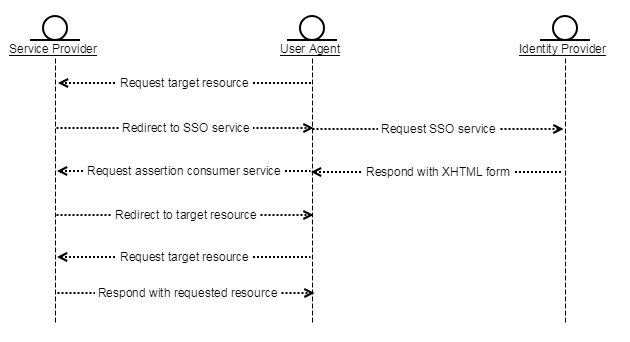 SAML vs. OAuth: What’s the difference?

OAuth is a somewhat newer standard than SAML, developed jointly by Google and Twitter beginning in 2006. It was developed in part to compensate for SAML's deficiencies on mobile platforms and is based on JSON rather than XML.